For several years, Kerri Randles has been acting, writing and developing projects for Film, Stage and Television. Kerri started her career as an actress in Chicago, Illinois. Her first break into films came working with directors Oliver Stone (Heaven and Earth) and William Friedkin (Jailbreakers), respectively. Subsequent roles after that included Marilyn Monroe, in Introducing Dorothy Dandridge for HBO, directed by Martha Coolidge, Poor White Trash, and Scenes of the Crime. She most recently worked with Angelina Jolie on Clint Eastwood's, Changeling. In June 2010, Kerri brought her one-woman show Can't You Hear Me Knockin? to the stage, opening the first ever Hollywood Fringe Festival to rave reviews. The show went on to New York for a successful limited engagement, and will play the Edinburgh Fringe Festival, August 2011. A memoir, Can't You Hear Me Knockin?, will follow in 2012. In 2005 Kerri founded her own production company, Littlecommando Productions. In 2007 she helped to bring Alison Eastwood's directorial debut film, Rails &amp; Ties to the big screen, shepherding a successful tour of the festival circuit. Kerri was also instrumentally involved in the Exit Through the Gift Shop debut at Sundance and the subsequent L.A. premiere and 2011 Oscar campaign for the film. Kerri currently resides in Los Angeles. She is an avid art collector and is known to produce shows for artists. She collaborated on Banksy's Los Angeles show, Barely Legal, in 2006, and also produced The Sex Lives of Mannequins in Chicago and Los Angeles for producer Charles Evans Jr. (Aviator). 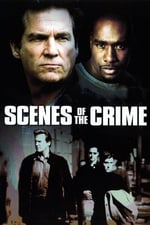